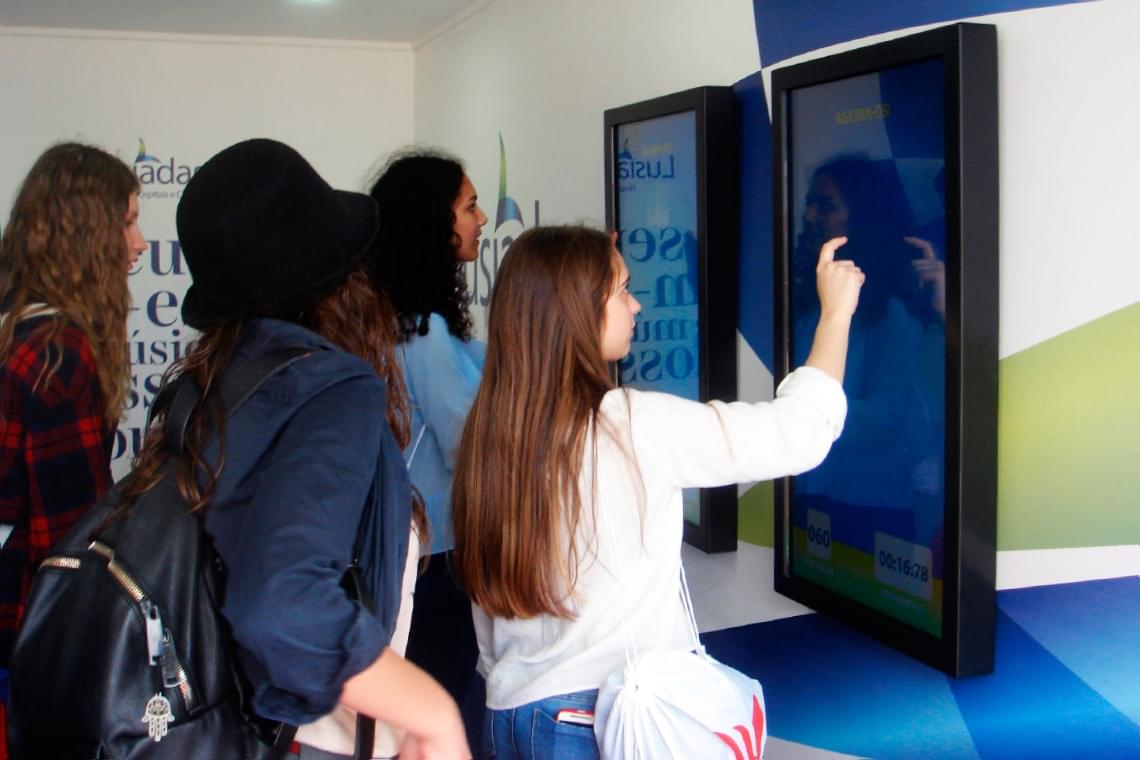 An interactive game to test your reflexes!
It was a game composed of 2 touch screens and 2 small computers.
Players would battle in a 1v1 to see who was the fastest taping the brand logos that were dropping down the screen.
There was also a socket.io server to sync then when starting.